Join the Cross-Canada Day of Action to FREE MENG WANZHOU!

On Dec. 1, 2020, you can personally deliver the message to your MP and to the Trudeau government to show some independence of foreign policy for Canada by releasing Meng Wanzhou. Ending the extradition process of Meng now, which is completely within the legal authority of the minister of justice, would positively reset Canada-China relations, and steer Canada off the trajectory of a US-led new cold war with China.

The Cross-Canada Campaign to FREE MENG WANZHOU will post informational pickets across Canada at Liberal MP’s constituency offices, including Trudeau’s, and at various government buildings. We have deliberately created multiple info picket in some cities to avoid violating pandemic public health restrictions. 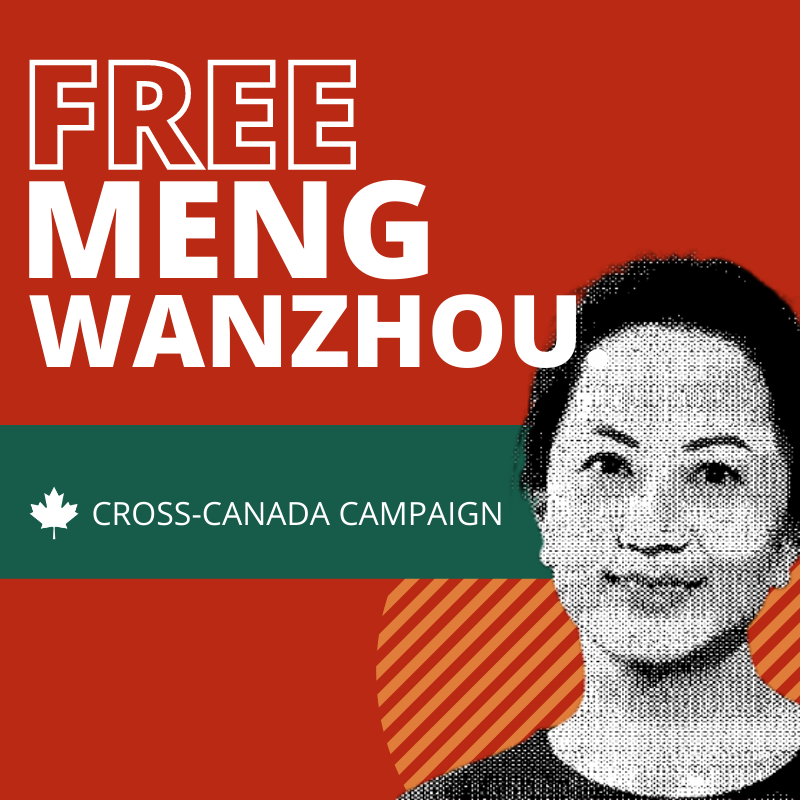 The cities, in which socially-distanced and masked protests are currently scheduled, are the following:

in front of the constituency office

Please note: The two Vancouver events listed below have been merged together at Joyce Murray’s constituency office at noon.

Sponsored by the Red Braid Alliance

11 am to noon, in front of MP Bob Bratina’s constituency office,

Organized by the Hamilton Coalition To Stop The War

Don’t see one in your town? Create one! It’s not difficult,