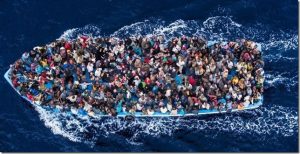 One thought on “The Coalition’s Statement on the Refugee Crisis”