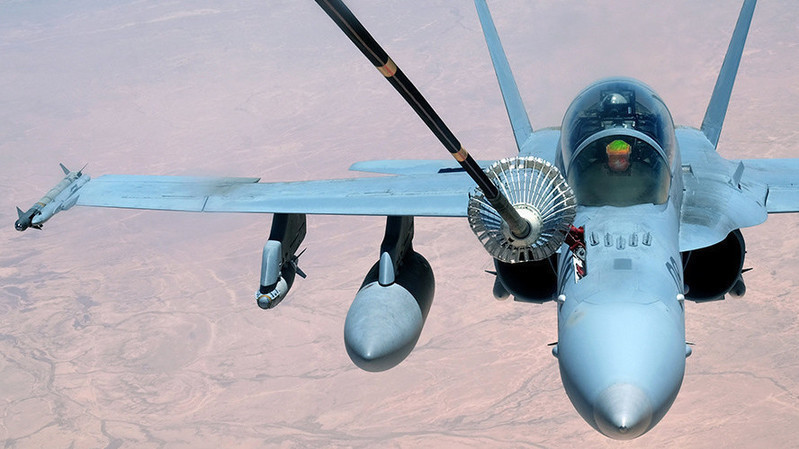 The mandate for Canada’s military mission to Syria and Iraq is set to expire on June 30.

According to the Canadian Press, “There are fears Canadian military aircraft operating over Syria could be caught in the middle of a new and potentially explosive dispute between the US and Russia. Moscow warned Monday (June 19) that it will track allied aircraft operating west of the Euphrates River in Syria as potential targets after the US shot down a Syrian government warplane.” (Hamilton Spectator, June 20, 2017, page A8)

WE, THE UNDERSIGNED, call upon you, Mr. Prime Minister, Mr. Minister of Defence, and Ms. Minister of Global Affairs, to terminate Canada’s military mission to Syria and Iraq on June 30 because:

a) Canadian military aircraft have no authorization from the Syrian government to operate over Syria. Their presence there is a clear violation of international law, including the Charter of the United Nations. Furthermore, a confrontation with Russia in the skies over Syria – caused by the US Coalition’s refusal to cooperate with the governments of Syria, Russia, and Iran in the their fight against Al Qaeda and ISIS terrorists – could easily lead to World War lll, and;

b) Canadian ground troops in Iraq are “training” soldiers of the Kurdish separatist state in northern Iraq, in direct opposition of Canada’s stated foreign policy on Iraq, which calls for that country’s territorial integrity.

Instead, we urge you to restore diplomatic relations with Damascus, lift the punishing (and illegal) economic sanctions leveled against Syria (and mainly its civilians) by the former Harper government, and send Canadian diplomats to participate in the UN Peace Process for Syria in Astana, Kazakhstan, in order to find a political, rather than a military solution to the crisis in Syria.

Go to the petition.