“Voices from Syria” is based on first-person interviews and predominantly-Western information sources, and details Syrian perspectives on the unwanted intervention in their country. 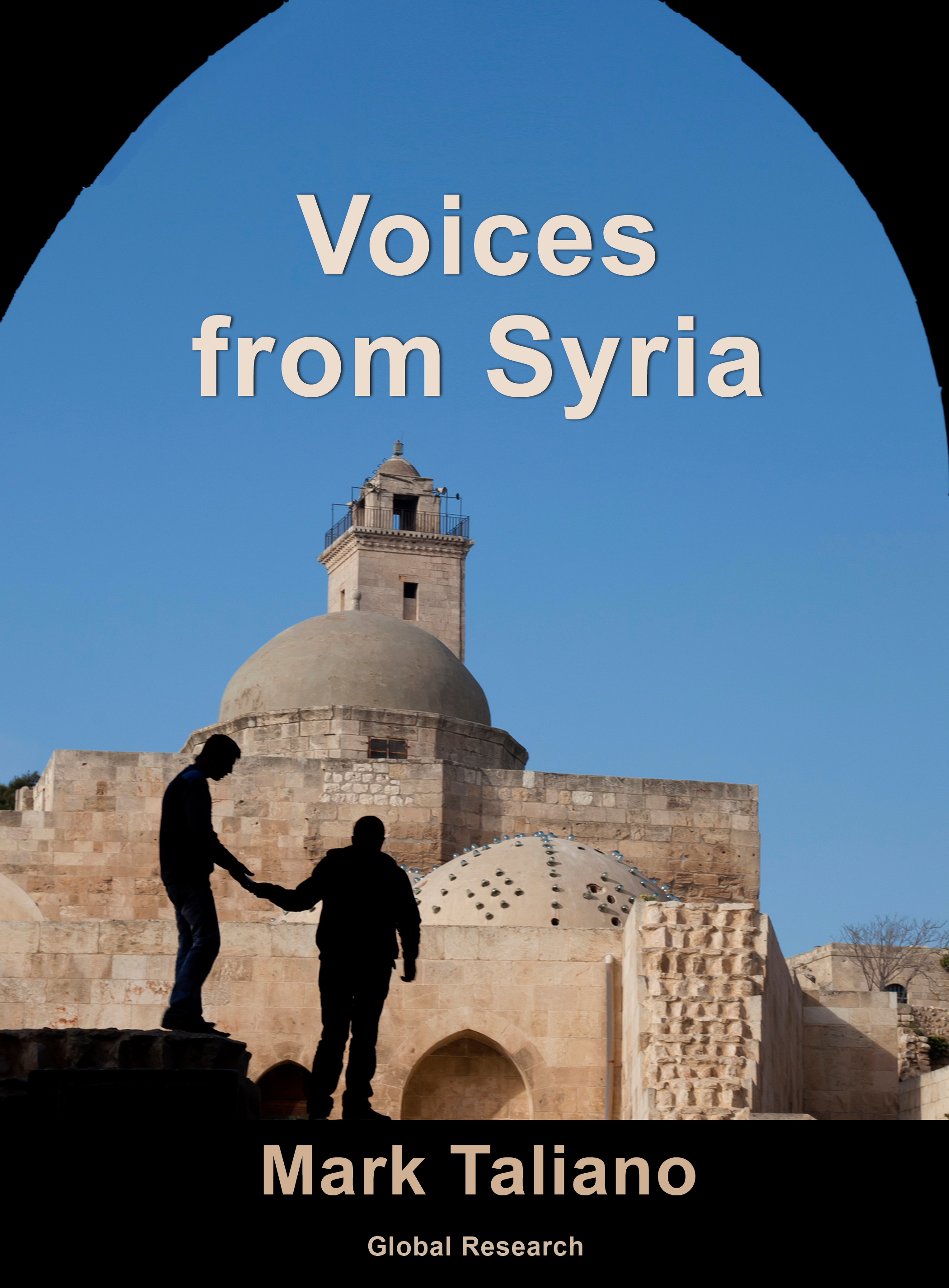 Global Research Publishers brings you “Voices from Syria”, a new e-book by author Mark Taliano. The book is now available for order on our online store.

Between 15 and 23 September 2016, I travelled to war-torn Syria because I sensed years ago that the official narratives being fed to North Americans across TV screens, in newsprint and on the internet were false. The invasions of Afghanistan, Iraq, and Libya were all based on lies; likewise for Ukraine. All of the post-9/11 wars were sold to Western audiences through a sophisticated network of interlocking governing agencies that disseminate propaganda to both domestic and foreign audiences. But the dirty war on Syria is different. The degree of war propaganda levelled at Syria and contaminating humanity at this moment is likely unprecedented. I had studied and written about Syria for years, so I was not entirely surprised by what I saw.

What I felt was a different story. Syria is an ancient land with a proud and forward-looking people. To this ancient and holy land we sent mercenaries, hatred, bloodshed and destruction. We sent strange notions of national exceptionalism and wave upon wave of lies. As a visitor I felt shame, but Syrians welcomed me as one of them. These are their stories; these are their voices. Excerpt from Foreword by Michel Chossudovsky:

We bring to the attention of our readers Mark Taliano’s Book entitled Voices from Syria. In contrast to most geopolitical analysts of the Middle East, Mark Taliano focusses on what unites humanity with the people of Syria in their struggle against foreign aggression. Taliano talks and listens to the people of Syria. He reveals the courage and resilience of a Nation and its people in their day to day lives, after more than five years of US-NATO sponsored terrorism and more than two years of US “peacemaking” airstrikes which have largely targeted Syria’s civilian infrastructure.

Taliano refutes the mainstream media. The causes and consequences of the US-led war on Syria, not to mention the extensive war crimes and atrocities committed by the terrorists on behalf the Western military alliance are routinely obfuscated by the media. He is committed to reversing the tide of media disinformation, by reaching out to Western public opinion on behalf of the Syrian people. Voices from Syria provides a carefully documented overview of life in Syria, the day to day struggle of the Syrian people to protect and sustain their national sovereignty.

Former high school teacher Mark Taliano is an author and independent investigative reporter who recently returned from a trip to Syria with the Third International Tour of Peace to Syria. In this book, he combines years of research with on-the-ground observations to present an informed and well-documented analysis that refutes mainstream media narratives about the dirty war on Syria.