If you are driving in for this demo or need carpooling to Toronto, please contact us via the contact us form. 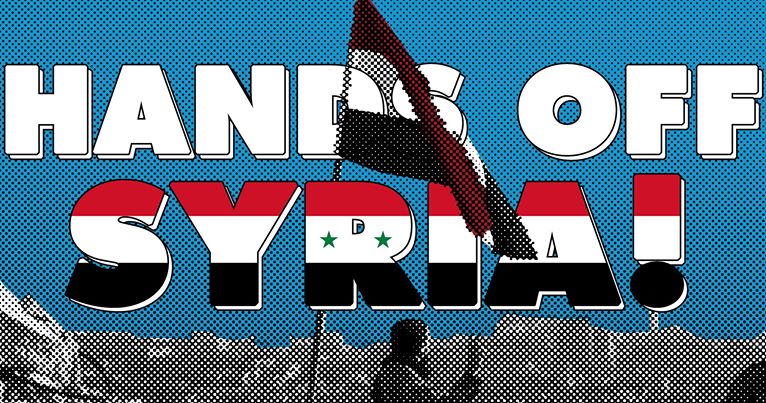 DEMONSTRATE VS. US/UK/FRENCH ATTACKS ON SYRIA

The April 13 attacks on Syria by the US, UK and France were outrageous and reckless acts of war, illegal under international law. Those three rogue states, their NATO allies, including Canada, and their client Arab monarchs have lost their war – using proxy armies of terrorist mercenaries – to effect regime change in Syria for the past seven years.

Now they are becoming more reckless and desperate. Their missile strikes were intended to pre-empt an investigation by the Organization for the Prohibition of Chemical Weapons (OPCW) that might exonerate the Syrian Arab Republic from the charge of using chemical weapons in the city of Douma. The strikes came a mere six hours after the OPCW announced it was deploying its fact-finding mission to Syria.

And the USA, UK, and France don’t seem to care that they run the risk of provoking Russia, Iran, and China into a wider Mideast war or even into a third world war.

Shamefully, the Trudeau government joined the western chorus – without a shred of proof – condemning the Syrian government for using chemical weapons and wholeheartedly endorsing the missile attacks.

At our demonstration this Sunday, we will demand:

1. the Canadian government accept the will of the Syrian people to determine their own future without foreign interference, in accordance with the UN Charter, and formally withdraw from the US military coalition in Syria and Iraq;

3. The Canadian government cut off its funding – believed to have been 12 million dollars so far – to the White Helmets organization, which is the propaganda arm of Al Qaeda in Syria and which is the group which staged the phony chemical incident in Douma;

3. the Canadian government re-establish normal diplomatic relations with the government in Damascus and commit funding to the reconstruction of that once-beautiful country which our government has helped to lay waste;

4) the US government end both its support for terrorist mercenaries in Syria and its occupation of the eastern third of Syria, east of Euphrates River.

(Please bring signs and noisemakers, donations for cost of demo)