An article by Tamara Lorincz, who spoke in Hamilton in 2018, was published in a number of Canadian newspapers.

NATO perpetuating a war against nature

Within NATO countries, it is the military that is the largest institutional consumer of oil and largest emitter of greenhouse gases. 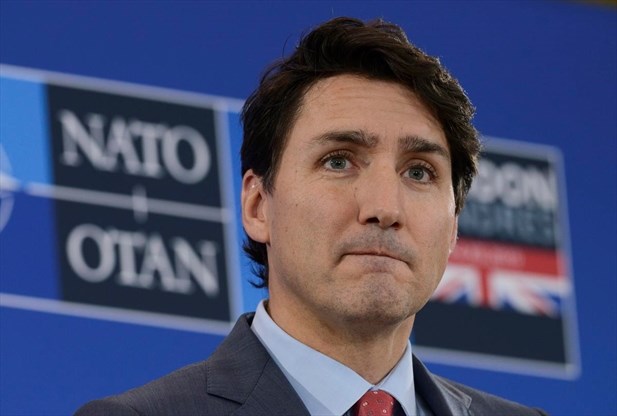 Last week, the 29 leaders of the North Atlantic Treaty Organization (NATO) went to London to celebrate their alliance’s anniversary, but snubbed the United Nations climate conference where the other 164 world leaders are meeting in Madrid.

Despite several scientific reports urgently warning about the devastating impacts and security implications of rising carbon emissions, climate change was not even on the NATO agenda.

Instead, the alliance leaders discussed Russia and China as adversaries, space as a new war-fighting domain, greater warfare readiness and more defence spending.

Yet the Euro-Atlantic alliance instigates conflict with its combat troops along Russia’s borders and its containment measures against China. Space is a fragile global common that is already contaminated by debris and should be protected not weaponized.

It is NATO that is dangerously diverting our attention and resources to war and away from the grave threat of global warming.

NATO members spend approximately $1 trillion annually on their militaries, which is more than 50 per cent of global military spending. At the 2014 NATO summit in Wales, members made a commitment to spend two per cent of their GDP on defence by 2024; with 20 per cent of that amount to be on equipment.

At this year’s London summit, Canada was repeatedly admonished for not spending enough on defence. However, the latest NATO expenditure report shows that Canada spent $29 billion on the Department of National Defence, which is 1.31 per cent of GDP. On a cash basis, Canada is now ranked sixth highest among NATO members and 14th highest in the world for military spending.

By contrast, according to the Public Accounts of Canada, the federal government spent only $1.8 billion on the Department of Environment and Climate Change, which is 0.08 per cent of GDP. Very little is allotted to the principal department tasked with protecting our natural environment.

Moreover, under the 2016 Pan-Canadian Framework for Clean Growth and Climate Change, $132 billion of new spending over the next 11 years was announced by the federal and provincial governments. However, Canada’s 2017 defence policy, Strong Secure Engaged, promised more than $553 billion to maintain “high-end war-fighting” to meet NATO’s requirements.

To stay interoperable, NATO members must constantly upgrade their military capabilities. This procurement primarily benefits the big U.S. arms manufacturers, which is why Donald Trump pushes alliance members to spend more on defence.

Yet, fighter jets, attack helicopters, warships and armoured vehicles are petroleum-powered and notoriously energy inefficient. Within NATO countries, it is the military that is the largest institutional consumer of oil and largest emitter of greenhouse gases.

Worse, in Canada like in other NATO members, the Canadian Armed Forces are exempted from reducing their emissions for their military vehicles and operations.

On the eve of the Madrid climate conference, the UN Secretary General Antonio Guterres said, “Our war against nature must stop.” It is NATO that is perpetuating this war against nature by fuelling a carbon-intensive arms race and fomenting an expensive new Cold War.

Unsurprisingly, the recent UN emissions gap report explains that Canada and the other NATO countries are not on track to limit the global mean temperature rise to 1.5 C. This past decade, while NATO has fought its deadly and destructive global war on terror, the planet has warmed to the hottest on record.

Shamefully, NATO countries have also failed to meet their climate financing commitments. These wealthy countries have not adequately invested in the UN Green Climate Fund and have only pledged a paltry $7.5 billion over the next four years to help poor, developing countries adapt to climate-induced droughts, fires and flooding.

Outside the NATO Summit, thousands of people from across the United Kingdom and Europe converged to call for the dissolution of the military alliance and for greater climate action. In Canada, we demonstrated in solidarity against the NATO Association of Canada, an institution funded by U.S. weapons giants Lockheed Martin and General Dynamics.

As revealed by a recent YouGov poll, support for NATO is waning in key members states: the U.K., France and Germany. People are starting to see the Atlantic alliance as an aggressive, unaffordable anachronism that is polluting the climate and impeding progress on the Paris Agreement.

A rapid reduction of greenhouse gases and a robust green new deal are not possible with rising military emissions and expenditures. We must work peacefully and co-operatively through the UN system with Russia, China and the entire international community on solving our common security challenge — and averting catastrophic climate change.

Tamara Lorincz is a PhD candidate in the Balsillie School of International Affairs at Wilfrid Laurier University and a member of the Canadian Voice of Women for Peace.

Tamara Lorincz is a PhD candidate in the Balsillie School of International Affairs at Wilfrid Laurier University and a member of the Canadian Voice of Women for Peace.