Hamilton Coalition to Stop the War co-chair Doug Brown recently had published an op-ed in the Hamilton Spectator.

Why is Canada ignoring human rights abuses in Kashmir? 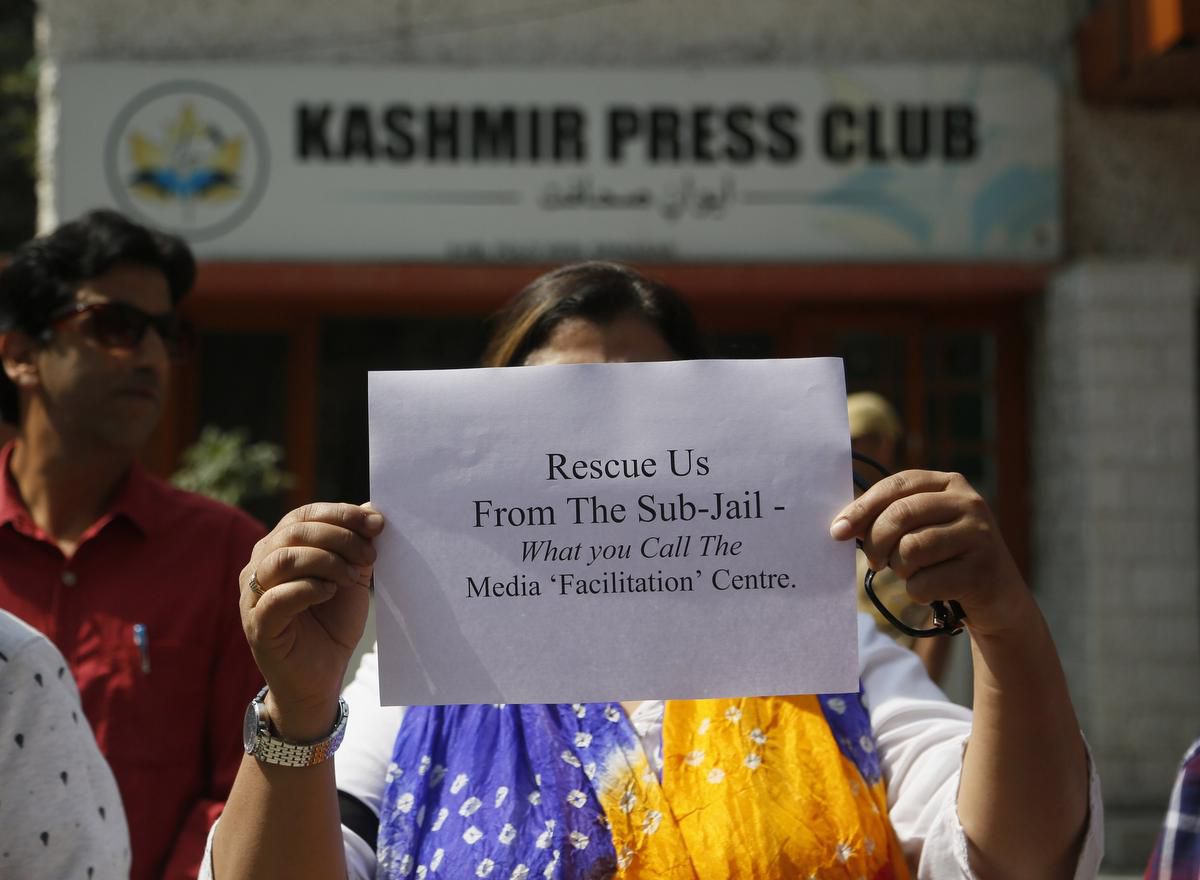 Last Friday was Kashmir Solidarity Day on which peace activists reassert their support for the self-determination of the people of Kashmir, a region long in dispute between India and Pakistan.

Canadians should be proud of the fact that it was a Canadian – General Andrew McNaughton – who sat as UN Security Council President on Dec. 22, 1949, and introduced a resolution in which the United Nations voted to authorize a referendum among the people of Kashmir about their political future. That was the right and democratic thing to do. Regrettably, India never complied.

But we hear little today about Kashmir from the Trudeau government. In fact, Canada’s present-day selective approach to defending human rights is troubling.

With Minister Marc Garneau’s recent appointment as foreign minister, Canada has an opportunity to rectify this wrong in Indian-occupied Kashmir. Last November, the Liberal government responded to three petitions in regard to this situation. One was sponsored by Liberal MP Yasmin Ratansi, another by NDP MP Scott Duvall, and the third by Conservative MP Marilyn Gladu.

These were signed by 3500 Canadian residents. The government response was disappointing saying the Canadian government was monitoring the situation, that many restrictions had been lifted, but Canada “looks forward to restoration of normalcy and resumption of inclusive political dialogue in Jammu and Kashmir.” (Read response.)

This was the first time that Indian-occupied Kashmir had been mentioned in the Canadian parliament in regard to the military occupation and human rights violations since the early part of this century and there wasn’t a word about General McNaughton’s historic resolution which today remains the basis to the solution of this 73-year-old dispute.

Despite thousands of letters sent to the Canadian government and opposition parties, there has been virtual silence.

Under pre-COVID lock down since Aug. 5, 2019, thousands of Kashmiris have been jailed and tortured, and many hundreds remain in detention.

For decades, the brutalities and rights violations perpetrated on the people of Kashmir by state forces and institutions through the protracted conflict have included the enforcement of impunity laws, sexualized violence, torture, enforced disappearances, criminalization of local resistance, extrajudicial executions and the burial of civilians in unknown and mass graves. The persecution of Kashmiri human rights defenders, civil society activists, and journalists continues.

Notably, Amnesty India was forced to shut its operations as it was being threatened for speaking out on rights abuses in India and Kashmir.

The Office of the UN High Commissioner for Human Rights (UNHCHR) issued two consecutive reports in June 2018 and July 2019 detailing India’s violations in Kashmir. The UNHCHR staff, like other human rights organizations are denied access to Indian occupied Kashmir to ascertain facts on the ground. On October 29, 2019, UN Secretary General Antonio Guterres appealed to India and Pakistan to follow the recommendations in the UNHCHR reports.

Since the March 30, 2020 passing of the domicile law, the police are issuing threats to arrest anyone voicing dissent online. This is happening while Kashmiris are quarantined due to the COVID-19 pandemic. Furthermore, India’s slowing down of Kashmiri internet to 2G has had a direct impact on health care professionals’ ability to access much needed online information during the pandemic. In spite of various international bodies, including Amnesty International, scholars and the Indian Supreme Court asking for the restoration of 4G services in Kashmir to mitigate COVID-19 risks, the government has refused to comply.

On May 18, 2020 the Government of India notified the Jammu and Kashmir Grant of Domicile Certificate (Procedure) Rules. Since Jammu and Kashmir is an internationally disputed territory, this law, which entails forced transfer of populations and settlement is in contravention of international law, prohibited by Article 49 of the Fourth Geneva Convention and condemned by the United Nations Sub-Commission on Prevention of Discrimination and Protection of Minorities. With the introduction of the new Domicile policies, the indigenous populations of the region are under threat, and one step closer to genocide. Moreover, with the recent introduction of new land laws, ending exclusive land rights of the indigenous people of Kashmir has paved the way for aggressive settler-colonization.

Canada should end its silence in the face of these well-documented human rights abuses in Kashmir and hold India to account.

Doug Brown is co-chair of the Hamilton Coalition to Stop The War, co-host of the CFMU.ca radio show, “Unusual Sources”, and a resident of Burlington.