Please join us on Monday, January 23, where we will be picketing Prime Minister Trudeau’s Cabinet meeting in Hamilton.

The schedule is that at 11:30 AM, we will gather in front of the Art Gallery of Hamilton at 123 King Street West. 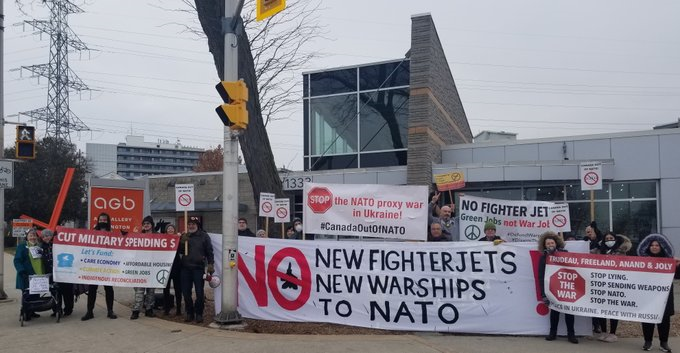 As part of this week’s North American protests against NATO wars and occupations, we will be holding an informational picket outside Prime Minister Trudeau’s cabinet meeting this Monday at the Hamilton Convention Centre. Picketers are asked to gather at 11:30 am outside the Art Gallery of Hamilton next door at 123 King Street West.
We will also protest the purchase of the obscenely-expensive F-35 fighter jets.
Doug Brown, co-chair of the HCSW, noted that “The Trudeau government’s F-35 purchase is a terrible waste of taxpayers’ money, for several reasons. First, these fighter jets aren’t designed primarily to defend Canada. Rather, they were developed to lock Canada into a US military command structure for offensive NATO operations overseas, just as Canadian F-18’s did so destructively in the former Yugoslavia and Libya, for example. Second, the lifetime costs of these war machines (plus those of purchasing new warships and drones) means that ordinary Canadians will be denied financial, environmental, and health security, as growing funds directed to military budgets means other budgets shrink. Third, the F-35’s enormous carbon footprint (60,000 litres of fuel per hour of flight) will effectively cancel out Canada’s ambitious carbon reduction goals.
Ken Stone, Coalition Treasurer, added that “The war in Ukraine is a US-proxy war that has been 30 years in the making – ever since the US and other NATO countries decided to break their promises to the last Soviet President Gorbachev that NATO would not expand one inch eastwards of a reunited Germany. Furthermore, the US and NATO (including unfortunately Canada) staged a coup in Ukraine in 2014 to overthrow the elected government of Victor Yanukovich, which coup put into power a government that waged war on its own Russian-speaking population in the Donbas, undermined the Minsk Agreements, and created the conditions for an inevitable war with the Russian Federation. This war, now in its 11th month, has the potential to mushroom into a wider European war and even into a nuclear confrontation with Russia. Instead of sending a new anti-aircraft missile system to Ukraine worth over $400m and 200 lightly armoured vehicles worth $90m CAD, Trudeau should seek to de-escalate the conflict and to engage Canadian diplomats in seeking a negotiated end to the conflict in Ukraine.”
He further added: “Canada needs an independent foreign policy. We should get out of NATO, the aggressive US-led military alliance that drags us into every conflict of the US empire, including the war in Yemen and the occupation of Haiti.”

NO TO WAR, NO TO NATO!
#DropTheF35Deal 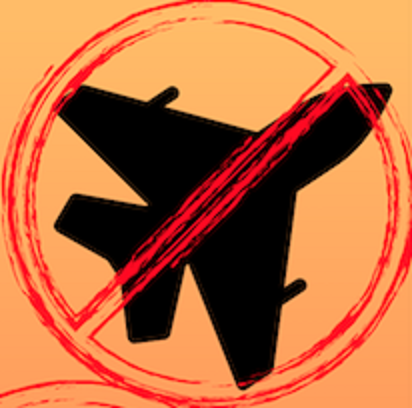 For more information about the North American week of action, please click here:
https://peaceandjusticenetwork.ca/solidarity-statement…/
Paid parking is available next to the Art Gallery, under Jackson Square, and at City Hall. The HSR’s MacNab Street bus terminal is across King Street.
Please dress warmly as snow is predicted.