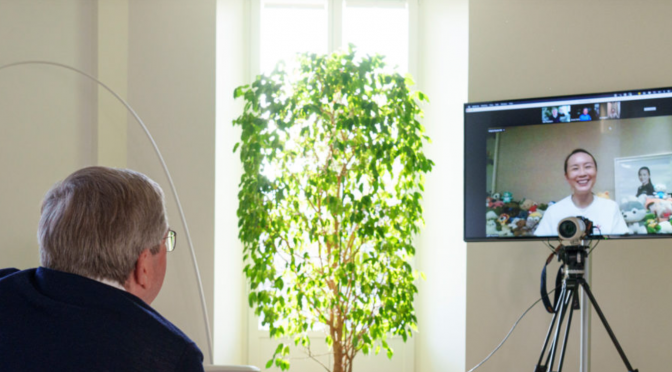 The following is a commentary from the Taylor Report, which broadcasts 5 – 6 p.m. on Mondays, CIUT 89.5 FM in Toronto.

The WTA Tried to Make Peng Shuai a Propaganda Pawn and Should Apologize!

The missing fact in the ‘Peng Shuai is missing’ story is that Peng Shuai was never missing.

Steve Simon, CEO of the Women’s Tennis Association, a U.S.-based business created havoc by raising the cry that Peng was missing and China had to present her to him, or allow her to “leave China” or he would end WTA tournaments in that country. And the gullible dolts of Western media raised their howls in support. Simon was a champion of women’s rights, a “hero”.

But in a matter of days, some things occurred that put the media melodrama in a different light.

Peng was seen and photographed in public. She also agreed to an interview with the head of the International Olympic Committee, saying she was fine, and asking that her privacy be respected. Simon and the anti-China media growled and struggled to keep the story under their control. Looked at clearly their treatment of Peng has been disgraceful and manipulative. No one asked: Why does Peng have to answer to Steve Simon? Why does he act like he owns her?

Simon said Peng had not responded to his emails (2) and demanded she speak directly to him under conditions he spelled out. In other words she is his (WTA) property and everyone, including the Chinese government, must do as he says, because he is boss Simon. This is old-fashioned colonial thought writ large. He brushed aside messages from the Chinese Tennis Association and her personal friends saying she was fine. Such people don’t count with an American big-shot. It was truly offensive behavior, but applauded by the media intoxicated by lurid gossip and an animus toward China.

And then there is the message put out by Peng, which was put out by Peng Shuai and widely mocked by Western media and Steve Simon, who said he didn’t believe she wrote it. The contents of her post were ignored or misrepresented. You can see why: Peng made some very serious observations about the WTA handling of her private issues. By laughter and mockery, Simon and fellow wreckers hope to bluff their way past the substance of Peng’s short-but-pointed message. Peng wrote “Regarding the recent news released on the official website of the WTA, the content has not been confirmed or verified by myself and it was released without my consent. The news in that release, including the allegation of sexual assault, is not true. I am not missing nor am I unsafe.” And she added a poignant request: “If the WTA publishes any more news about me, please verify it with me, and release it with my consent.”

What say you WTA? Western media? Anyone?

Did the WTA release content regarding their member, Peng Shuai, without her verification and without her consent? Is that how the WTA normally treats its members? Where is the respect for Peng Shuai, whom they have claimed to be concerned about?

Steve Simon and the sinophobe media leaped at the chance to smear China, and preen themselves as the champions of women. To do so, they completely trampled on her dignity and her rights.

And have any of the phoney “journalists” asked WTA to respond to Peng’s points? No. It’s a lousy cabal of cronies who do not give a fig for the rights of women.

The CEO of the WTA has abused his position, showing no respect for a Chinese woman tennis star and Olympian. The WTA owes Peng Shuai and the Chinese government an apology.