Harry (pictured below) wrote the letter below in defence of Rabbi David Mivasair, who was attacked by the leader of the Hamilton Jewish Federation in an earlier letter published in the Spec. That obnoxious letter is at the bottom of this message. It all stems from the arrest of Rabbi Mivasair in Palestine on May 3, 2019, while working with a group of Palestinian and Jewish activists to rehabilitate a road connecting some isolated Palestinian villages near Hebron.

Rabbi Mivasair will report back in Hamilton on his trip to Palestine on Monday, May 27, at 7 pm, at New Vision United Church, 24 Main Street West, across from Hamilton City Hall. Admission and refreshments are free. 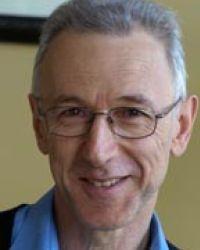 Many Jews agree with controversial rabbi

RE: RABBI’S VIEWS CLASH WITH JEWISH COMMUNITY (MAY 10)

Several of Gustavo Rymberg’s assertions in this letter need to be challenged.

He claims that David Mivasair is “highly unrepresentative” of the Jewish community. But surely as CEO of the Jewish Federation of Hamilton, Mr. Rymberg knows about two recent surveys of Canadian Jews showing this is not so.

One survey was done by Environics on behalf of several organizations, including Mr. Rymberg’s colleagues in the UJA Federation of Greater Toronto. Among the findings: 44 per cent of Canadian Jews felt Israel was not making a sincere effort to forge a peace settlement with Palestinians; and 39 per cent thought that the continued building of Jewish settlements in the West Bank hurts Israel’s security. Almost a quarter believed that the settlements are illegal under international law.

So Rabbi Mivasair’s views are not “highly unrepresentative,” but are held by many Canadian Jews.

Mr. Rymberg tried to dismiss David Mivasair by writing “rabbi” in quote marks. Yet as Mr. Rymberg must know, in Judaism a rabbi is a teacher of Jewish law. Rabbi Mivasair is teaching the tradition of Jewish support for universal freedoms, human rights and social justice.

Mr. Rymberg also claims that Mivasair’s actions provide fuel to anti-Semites. I would argue the opposite. Rabbi Mivasair is countering anti-Semitism by showing the world that not all Jews support Israel’s disgraceful treatment of Palestinians. Instead, he follows the principle in Deuteronomy: “Justice, justice you shall pursue.”