The article is written by Phil Taylor, host of The Taylor Report on CIUT, and was submitted as a letter to the editor:

Here’s Why We All Should Support the World Health Organization 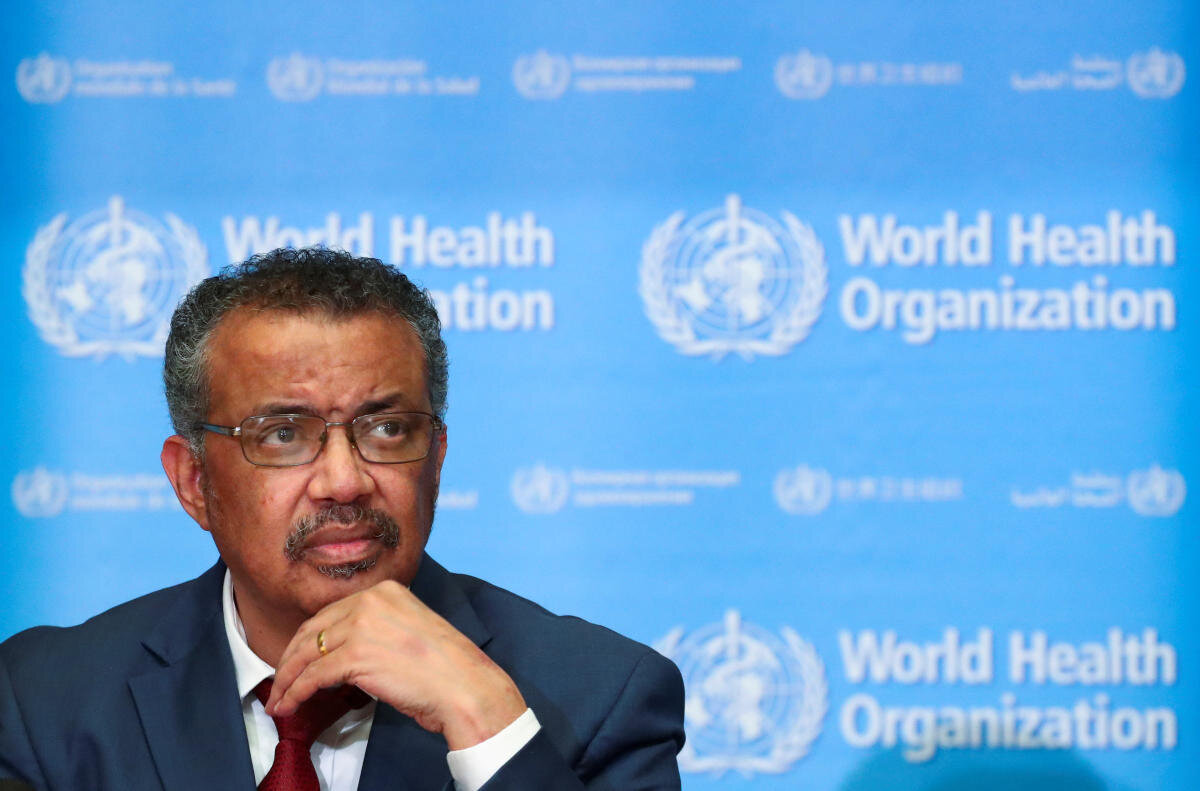 Written by: Phil Taylor, Host of “The Taylor Report”

“One hand washes the other, both hands wash the face.” (Proverb)

And that’s how it is. By cooperation we solve problems such as floods, earthquakes, hurricanes, and, cooperating on a world-wide basis, the Covid-19 pandemic.

To beat the Covid-19 virus, humanity has an instrument in the World Health Organisation which enhances the capacity of every country making up the United Nations. It wasn’t always there. The WHO is one of blessings emanating from the defeat of fascism in WW2, and the agreement of the victors to establish the United Nations. Member states decided to create a body which would enable medical professionals from every quarter of the globe to meet and prioritize the means to protect the health of all. It doesn’t mean miracles or instant solutions, but establishes a rules-based common effort of mutual benefit.

Perhaps not so strangely, there are some who believe they belong at the front of every line. There are problems of regional and class privilege. After all, when the UN was set up there were 55 countries dominated primarily by the USA. Now, with the decline and near elimination of colonialism, there are 194 members of the UN (and WHO).

Canadian parliamentarians, for example, went out of their way to turn a good story, an important and inspiring story for worried people around the globe, into a bad story. Dr. Bruce Aylward, an outstanding physician, who has served for years in the WHO leadership, was among the first group of medical professionals to go to Wuhan for an up-close look at how the Covid-19 outbreak had been handled. There were American doctors in that group as well.

The US press had been muttering that China was authoritarian, and locking down wouldn’t work, probably due to Chinese ideology and such. Sheer schadenfreude. But China invited the WHO to come, something the US never did and now never will.

Dr. Aylward, and his colleagues, were impressed. Little did he know he had committed a big no-no. Chinese political and medical leaders had made a commitment to isolate, identify, and eliminate the virus. The doctor reported that there was a well-organized effort to isolate cases, to trace contacts, establish special hospitals for care and treatment, and to prevent community spread of the virus. This, Dr. Aylward affirmed, was the way it should be done. It was a valuable story from front-line caregivers, to be evaluated and shared around the world via the World Health Organization. Aylward was interviewed by media at WHO. The New York Times medical columnist said Aylmer’s report was very valuable.

But, WHO’s positive reporting ran directly into the frown of a developing Sinophobia in Western capitals. Who did this guy think he was, Dr. Norman Bethune? Little traps were set. A Hong Kong journal said the doctor refused to talk to them about why Taiwan wasn’t in the WHO. A question of that type would properly go to the spokesperson for WHO. But no matter, the doctor who, after all was reporting on what he and others had learned in Wuhan, was now put under a political cloud.

A Canadian all-party parliamentary committee summoned Dr. Aylward to appear for questions. It was clear they were not going to pat him on the back for being an exemplary and objective medical professional, a credit to Canada. No media or major party has dared to suggest that. He’s embarrassed us Canadians in front of US policymakers. When Dr. Aylward pointed out there’s a pandemic going on and he could not come, the all-party committee decided he would be formally summoned the moment he touched Canadian soil. One assumes they will keep him under watch until Trump decides what he wants done with him.

This is all embarrassing to Canada. The world long ago decided there was only one China and that Taiwan is part of China. Parliamentarians want to find out if Dr. Aylward is “weak on the Taiwan question.”  And, if so, is he “weak” on the Hong Kong question? And is that a sign that the WHO is perhaps un-American, or un-Canadian? This parliamentary pettiness is designed to reduce the prestige of WHO and international institutions that contradict American hegemony. The World Health Organization, as the name indicates, is a world body and the majority of its members, particularly the former colonies of the West, do not have to take their instructions any longer from Washington, London, or Paris.

The Canadian media, in line with its counterparts in the USA and UK, are working zealously every anti-China angle they can find. The US Congress, much like Canada’s parliament, has fallen into line. All of which is bad news for the majority of the world’s states and peoples who need the kind of forum and information provided by the World Health Organization.

Specifically, Covid-19 has had the shocking effect of exposing shortcomings in a number of countries, most especially the great power that calls itself “indispensable,” namely the United States of America. Tens of thousands have died in the vain hope of “herd immunity” and yet the virus is still not under control. Meanwhile there are countries, such as Vietnam and China, which have controlled and defeated the virus, using the strategy of “zero transmission.” For Washington, Trump, and the US Congress, there is a problem: not for the people but for a political elite. To paraphrase Warren Buffett, who was describing another type of crisis, “When the tide goes out you see who has been swimming naked.” The American leadership is greatly embarrassed.

Trump and Co. have decided to scapegoat first China and then the WHO. The WHO is stigmatized because it did not (and could not) act as a client of the US. Happily, most of the world’s people and nations see the matter clearly. They want a coordinated effort from the WHO, where they have mutual respect and standing. That’s to the good. But US power remains, and it is feared and generally obeyed by its allies. Thus, we begin to hear little barks and whines from various capitals, such as Ottawa, about WHO problems and demands for investigations, etc.

This is the cowardly work of states that is intended to damage WHO and, frankly, the UN. Like Covid-19, the threat should not be taken lightly. WHO should be defended from “America First” sabotage and the sniping of its surrogates. We must maintain international institutions that recognize and respect our common humanity.

(The Taylor Report is a media promoter of the online Zoom panel on “Countering the Hostility to the W.H.O.” on Wednesday, August 26, at 1 pm EDT. It is not affiliated, however, with the panel. The views expressed above are those of the author, and don’t necessarily represent the opinions of the panelists.

A video of the panel discussion will be posted on this website on Saturday, August 29th.

You can access the original article at The Canada Files: