Congratulations to Henry-Evans Tenbrinke, who submitted the following resolution before the Hamilton & District Labour Council. 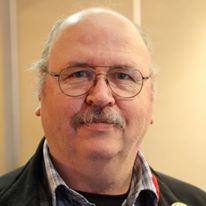 “Whereas the Trudeau government’s recently unveiled “Indo-Pacific Strategy” amounts to a new Cold War with China, in that it includes half a billion dollars to deploy a third naval frigate to threaten China and to train the militaries of Asian countries hostile to China;

Be It Resolved That the HDLC send letters to the Prime Minister and Minister of Defence, as well as the Hamilton Spectator, decrying this strategy of meddling in the internal affairs of other countries, and demanding instead that the $500 million dollars be diverted instead to spending within Canada on climate mitigation through the creation of green jobs, on healthcare, daycare, and pharmacare;

Be It Further Resolved That that the HDLC executive communicates these letters by circularizing its affiliates and posting the letters on its website and other social media.”

Let’s hope that other trade unions and labour councils also pass this resolution!