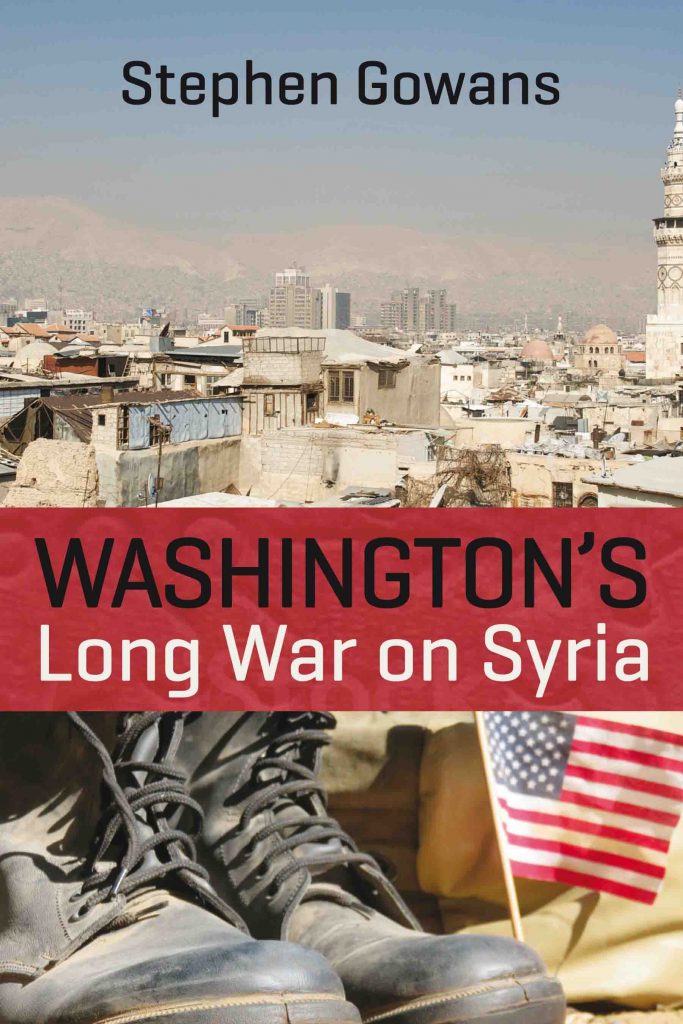 The book is the culmination of years of research by the internationally-recognized foreign policy critic and anti-imperialist.

Nowhere else in Canada will you find the solid analysis and careful documentation exploring how and why the U.S., NATO allies, and Gulf puppets have deliberately destabilized Syria and introduced illegal weapons and militants inside Syrian borders.

You have ONE chance to learn about the 2,000 days of mistruths, cover-ups, and obfuscation foisted upon us by Pentagon spokesdrones, as Stephen Gowans will personally explain and outline his groundbreaking book.

He will be available to answer questions and elaborate on his book – at your request.

Syria: Beyond Western Myths and Half-Truths