Members of Independent Jewish Voices (Hamilton) demonstrated on June 30 to “rebuke Hamilton synagogues which have failed to take a stand opposing the Israeli plan to annex large areas of Palestinian land in the West Bank and Jordan Valley.”

You can view videos from the speakers below:

The Silence of the Synagogues

A statement by the demonstrators follows:

We are two rabbis and other members of the Hamilton, Ontario, Jewish community. We call on the religious institutions of our community to take the clear moral stand of opposing Israel’s annexation of large areas of Palestinian land in the West Bank and Jordan Valley.

We are deeply pained that some synagogues in our community enforce misplaced ethnic loyalty more than the ethical values of our religious tradition. The Biblical commandments “You shall not steal, you shall not covet, you shall not move the boundary marker of your neighbour” are ignored. “Justice, justice you shall pursue,” is forgotten. Support for the government of Israel, regardless of its immoral actions, now takes precedence.

We and other members of the Jewish community cannot honour or participate in religious institutions which are silent when the State of Israel, supported by the Trump administration, subjugates an entire population and strips them of their land, their homes, their human rights and even their very lives. We cannot pray in a community that willfully blinds itself. We cannot celebrate the Divine Presence among others who, by their silence, deny the divine image in our fellow human beings.

Particularly at this time, parts of the Canadian Jewish community strive to promote themselves as allies of oppressed minorities here and elsewhere. Some Jewish organizations express concern about police violence in the U.S. and in Canada. Their silence as Jews in the face of extreme ongoing Israeli violence and oppression of the people of Palestine is intolerable and inexcusable. Jewish people in Canada must condemn those institutions’ silence and complicity.

We are encouraged by the Union for Reform Judaism, which 25 Canadian synagogues comprising 30,000 members are affiliated with, including Temple Anshe Sholom in Hamilton. The URJ unambiguously says, “Join Us in Urging the Israeli Government Not to Carry Out Unilateral West Bank Annexation”.

Every Jewish religious institution, to be worth of its name, needs to adopt and amplify that position. 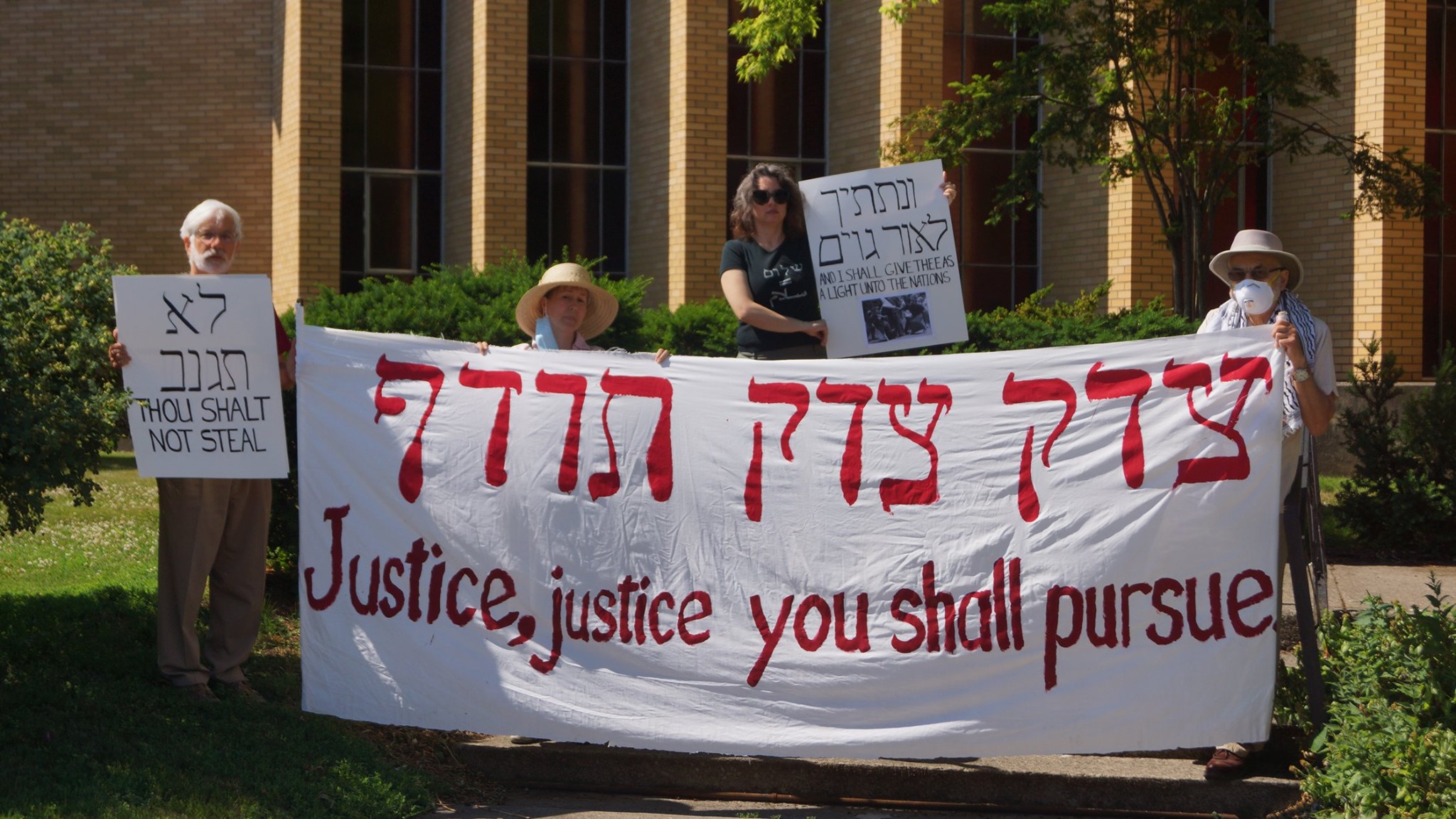