The following Op-Ed article was published in the Hamilton Spectator on Thursday, December 23.

Canada’s diplomatic boycott of Beijing’s Olympic Games flouts the Olympic spirit, is based on false reports, and promotes cold war with China.

The ancient Olympics brought Greeks together in a peaceful sporting/cultural festival, despite inter-city conflicts. An Olympic Truce was declared, so all Greeks could participate in safety.

Impressively, on December 2nd, in a consensus vote, the 193-member UN General Assembly reaffirmed the Olympic Truce for the Beijing Games. UNGA President Shahid observed: “Nations should use sport as a tool to support dialogue and reconciliation, striving for a peaceful world aligned with the principles and values enshrined in the United Nations Charter.”1 International Olympic Committee Chair Bach stated, “We can only accomplish this mission… if the Olympic Games are politically neutral and do not become a tool to achieve political goals.”2 Clearly, in mimicking Biden’s petty diplomatic boycott, Trudeau is playing politics and is out of step with this international consensus.

Additionally, Trudeau’s diplomatic boycott is based upon false charges of human rights abuses. Contrary to your editorial, China’s Uyghur population is growing in number3 and prosperity.4 Unlike Canada’s native peoples, Chinese Uyghurs have an Autonomous Republic. Along with 800 million Chinese, Uyghurs were lifted out of poverty during the past five years – an unprecedented accomplishment in world history.5 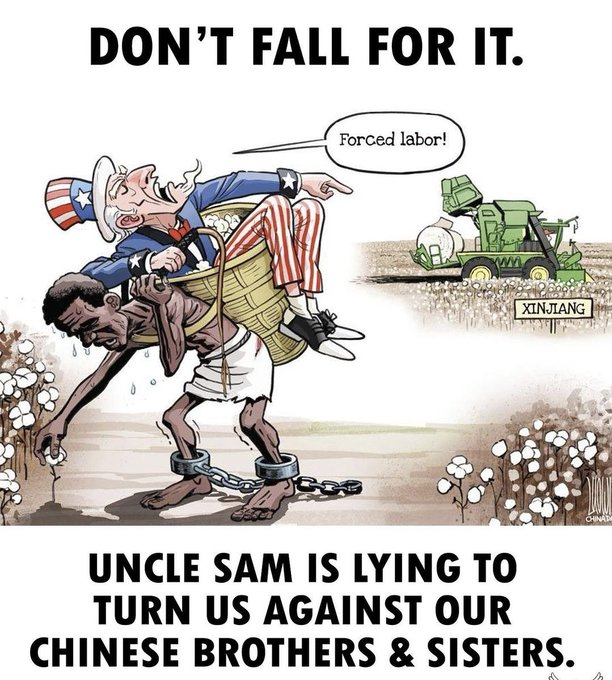 One might question Trudeau’s concern about Uyghur Muslims in the context of Canada’s role in recent US wars. In mainly-Muslim Afghanistan, Canadian soldiers routinely conducted night-time raids on civilian homes and reportedly turned over Afghanis for torture. Stephen Harper prorogued Parliament to avoid this scandal in 2008. In predominantly-Muslim Libya, a Canadian general led NATO’s attack, turning Libya into a failed state. Canada was part of the US regime-change coalition in mainly-Muslim Syria, where a half million were killed and more than thirteen million turned into displaced persons.6 So, why is the PM so concerned about Muslims in China? I suggest there’s an ulterior motive.

Again, contrary to your editorial, most Hongkongers are relieved finally to be peacefully reunited with the People’s Republic after 150 years of British imperialism. For several years, they endured western-funded NGO’s terrorizing the former colony with violence, arson, and property damage.7 Chinese tennis star Peng Shuai is doing fine, as she has attested in recent public communications.8 She merely requested the western media respect her privacy.9 Taiwan is a Chinese province, recognized so officially by Canada since 1970.10 And it wasn’t China, but Canada, which politically kidnapped Meng Wanzhou on behalf of the Trump Administration. The Two Michaels signed confessions of violating national security laws, according to Chinese sources,11 facts unreported in the Spec.

China’s Ottawa embassy recently stated: “Canada… has committed heinous crimes against indigenous people. Until today, systematic racial discrimination is still severe in Canada. Canada… is certainly in no position to judge China on this front.”12 The embassy is correct: people in glass houses shouldn’t throw stones.

Finally, the Biden-led diplomatic boycott isolates Canada and promotes cold war with China. So far, it appears only four countries formally joined: Canada, USA, UK, and Australia, all predominantly-white, English-speaking countries, representing a tiny minority of countries and the global population. This tiny cabal is out of step with most of the world on many issues but especially on China, with which, since Obama’s “Pivot to Asia”, it appears endlessly to be causing problems and raising tensions.

The rest of the world, however, looks to China for prosperity through its Belt-and-Road Initiative. Canada, whose second largest trading partner is China, should too. Most countries are increasingly focussed on preventing twin nightmares of nuclear warfare and climate chaos. But the “anglosphere” seems intent on recreating a cold war with China. Its ulterior motives are hegemony and profits through an arms race, including Canada’s obscenely expensive new fighter jets and warships.

The diplomatic boycott is one more reason that Canadians have been calling for an independent foreign policy. Instead of aping US pettiness, Canadians should applaud the Olympic Truce and celebrate the participation of our athletes in Beijing.

Ken Stone is a long time antiwar, anti-racism, environmental, and labour activist, resident in Hamilton. He is Treasurer of the Hamilton Coalition To Stop The War.

You can download a copy of the Op-Ed, below: