The Hamilton Spectator
18 Jan 2022
Thanks to The Spec for the courage and independence to suggest our federal government plan to decouple from the U.S.A. This important discussion is rarely seen in Canadian media.
Your editorial concludes by stating Canadians should plan to respond if our closest economic and military ally goes rogue. May I suggest they have already. The U.S.A. undermines the multilateral post-Second World War order it largely created and brazenly undermines international law by unjustly attacking many countries. Those it doesn’t attack, it sanctions. Trump’s sanctions on Iran were illegal in unilaterally breaking the UN’s JCPOA (Joint Comprehensive Plan of Action) Iran treaty. Biden has not reversed this.
Economic decoupling is challenging. However, military and foreign policy decoupling is overdue. NAFTA 2.0 requires U.S. consent for any Canadian trade negotiations elsewhere. The U.S.A. continues to impose undeserved tariffs on steel, aluminum and lumber. U.S.A. incentives on electric vehicles penalize Canadian workers. U.S.A. even denied us PPE at the pandemic’s start.
Joining U.S.A. in foreign aggression is offensive. The New York Times reported that 62 per cent of the 50,000 U.S. airstrikes on Iraq, Syria and Afghanistan, killed or injured children. Time to decouple.
Mark Hagar, Hamilton 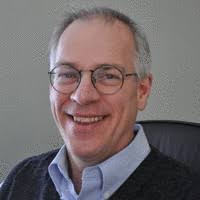