How Peng Shuai exposed the WTA 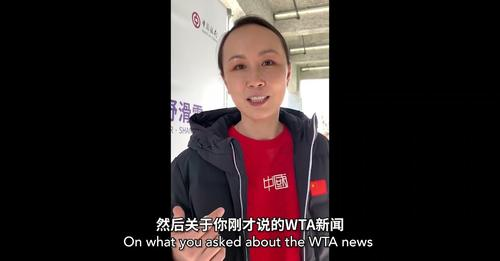 There has been a new development in the U.S. campaign to try to undermine the Beijing Olympics.

Peng Shaui gave an interview to a Singapore newspaper, in which she sent a public message to the WTA:

3) She reaffirmed that her previous e-mail was written by her, of her own free will, and reflected her own views.

4) Contrary to the Guardian, she didn’t retract a claim of sexual assault. She reaffirms that she had never claimed she was sexually assaulted.

While the Western media relentlessly pursued Peng, they have studiously avoided pursuing neither the 2 Michaels, nor the Canadian government to determine its views on Ambassador Cong’s claim.

Clearly, the Western media has determined in advance of its journalism that China (like Russian and Iran) are BAD, and our media’s job therefore is to harass Chinese sports figures and officials. All-the-while giving Western figures an easy ride.