Our Coalition is pleased that Linda McQuaig of the Toronto Star picked up on our media release regarding the open letter signed by 100 prominent Canadians asking PM Trudeau to lift Canada’s economic sanctions now. Ken Stone’s op-ed piece in Rabble on the same topic follows. if you haven’t already, please sign our online petition and also ask your MP to raise the matter of lifting sanctions in Parliament. 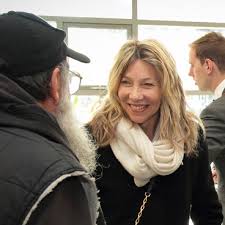 These days, any national leader not actively urging their citizens to drink disinfectant is managing to look (relatively) good on the world stage.

Certainly, compared to the neurotic leadership south of the border, Justin Trudeau has emerged as a steady hand on the tiller, quickly providing Canadians with a wide economic safety net and behaving like an adult in the crisis.

So it’s all the more disappointing that, out of the limelight, he’s doing a great deal to make the situation worse during this pandemic for some of the most vulnerable people on the planet.

I’m referring to the prime minister’s decision to ignore a plea last month from United Nations Secretary-General Antonio Guterres — and the Pope — for nations to lift sanctions against other nations in order to help some of the weakest and poorest countries cope with the coronavirus crisis.

That sounds like a reasonable request, under the circumstances.

Indeed, even if we don’t care about the world’s vulnerable people, helping them deal with the crisis is in our interests too. As the UN leader noted: “Let us remember that we are only as strong as the weakest health system in our interconnected world.”

Yet Canada, ignoring the plea from the UN’s highest official, continues in the midst of the pandemic to impose sanctions on 20 nations, including Lebanon, Venezuela, Syria, Iran, Libya, Somalia, Nicaragua and Yemen.

While Canada’s sanctions are typically aimed at punishing the regimes running these countries, the impact of the sanctions falls primarily on ordinary citizens, according to Atif Kubursi, professor emeritus of economics at McMaster University.

Kubursi, who also served as a UN under-secretary-general and has extensive UN experience in the Middle East and Asia, says the impact of Canada’s sanctions on the people in these countries is devastating.

While the sanctions often appear to be directed exclusively at military items, they frequently end up being applied to virtually all goods — including spare parts needed to operate machinery in hospitals and pharmaceutical companies, notes Kubursi, who signed a letter from prominent Canadians to Trudeau requesting the lifting of sanctions.

For instance, if a Syrian businessman wants to buy Canadian products, he has to open an account for the transaction. But Kubursi says the Canadian government instructs Canadian banks not to allow such accounts for the purposes of trade with Syria — no matter how benign the Canadian product may be, or how urgently it might be needed in Syria.

For that matter, Ottawa’s sanctions prevent Canadians from using our banks or financial services to transfer money to Syria — for instance, to family members living in Syria.

The impact of sanctions, while always painful, is particularly deadly during the pandemic, when even advanced nations have struggled to obtain life-saving equipment.

While Canada’s sanctions mostly date back to the Harper era or earlier, the Trudeau government has generally maintained them and even added new ones against Venezuela.

Ottawa’s sanctions appear primarily aimed at appeasing the U.S., which ruthlessly enforces sanctions against regimes it wishes to destabilize or overthrow. Washington also punishes countries and companies that don’t co-operate with its sanctions.

Ottawa’s willingness to fall in line behind Washington is reflected in the fact it doesn’t impose sanctions against U.S allies Saudi Arabia or Israel, despite Saudi Arabia’s brutal murder of dissident Jamal Khashoggi and Israel’s illegal occupation of the West Bank. Even Israel’s announcement that it plans to annex the West Bank in July has produced no sanctions or criticism from Canada.

Trudeau’s decision to continue sanctioning 20 nations seems quite out of sync with the spirit of the times, when it’s hard to find a TV commercial that doesn’t proclaim the sentiment that “we’re all in this together.”

That spirit of international togetherness has been amply demonstrated by Cuba, which sent Cuban doctors to Italy to help its overwhelmed health care system and has offered similar medical help to First Nations in Canada.

When 36 Cuban doctors arrived in Milan last month, a grateful Italy thanked them and Italians at the airport cheered.

Meanwhile, Canada, in the spirit of the international togetherness, rebuffs Cuban doctors, ignores the UN and imposes sanctions on some of the world’s poorest nations. 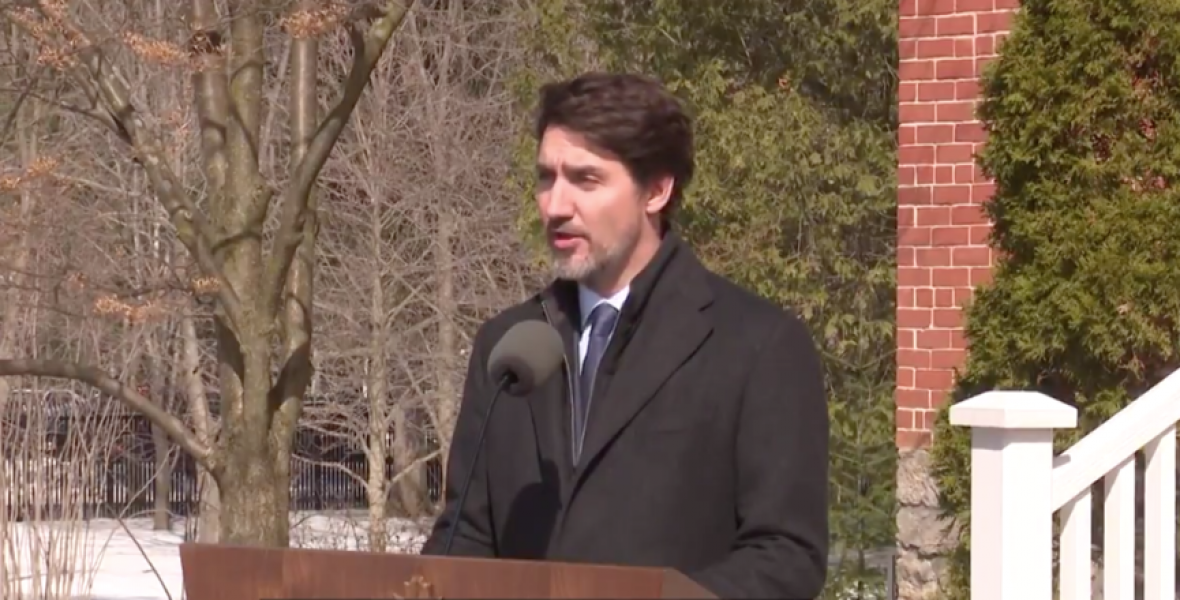 On March 23, UN Secretary-General António Guterres appealed to G20 leaders: “I am encouraging the waiving of (economic) sanctions imposed on countries to ensure access to food, essential health supplies, and COVID-19 medical support. This is the time for solidarity not exclusion … Let us remember that we are only as strong as the weakest health system in our interconnected world.” At the same time, AP News reported, ambassadors of eight countries currently affected by economic sanctions — namely, Cuba, Iran, Venezuela, Syria, Nicaragua, China, Russia and North Korea — petitioned the secretary-general for “the immediate and complete lifting of those measures to enable nations to respond to the coronavirus pandemic.”

Regrettably, so far the wealthy and powerful countries of the world haven’t heeded the secretary-general’s call to loosen the screws on the weaker and poorer ones. They also ignored a similar appeal by Pope Francis in his Easter address. On the contrary, President Trump actually weaponized the pandemic by instituting further sanctions on both Iran and Venezuela, countries already targeted for regime change.

In Canada, however, two peace groups, the Hamilton Coalition to Stop the War and le Mouvement Québécois pour la paix, sent an open letter signed by 100 prominent Canadians to Trudeau asking him to lift all of Canada’s economic sanctions now.

Unknown to most Canadians, Trudeau’s government maintains economic sanctions regimes against twenty countries of the world, including nine African countries. In fact, under the Harper government in Ottawa in June 2013, Canada coordinated economic sanctions for the U.S.-led coalition of countries participating in the regime change operation against Syria. Similarly, under the Trudeau government, Canada helped lead the Lima Group in organizing multilateral sanctions against Venezuela.

The effect on the targeted country is crippling. The first result is usually a drastic decline in its currency’s value, which translates into ordinary people being unable to put food on the table for their children. Then follow other crises for working people: unemployment due to closing markets for the country’s exports and the inability to get spare parts; inability to receive payments from relatives abroad because the international banking system excludes the targeted country; the closing down of whole industries, such as tourism, because access to credit cards or even air access to national airports, as in the case of Syria, is turned off by the sanctioners.

Supporters will point out that sanction regimes generally exclude food and medical supplies. However, international trade requires financing through banks which are subject to penalties in the U.S., for example for trading with Iran, even though the participating bank may be domiciled in a country that has lifted its sanctions on Iran. This practice by the U.S. is called extraterritoriality.

Some have likened economic sanctions to acts of war and compared them to sieges of medieval towns in which the besiegers hope to make life so difficult for the besieged that they rise up against their feudal lords and open the gates. The comparison isn’t far off since the brunt of sanctions aren’t felt so much by the targeted countries’ ruling elites but rather their civilian populations. A monstrous example was the decade of UN sanctions against Iraq between the First and Second Gulf Wars. Between 1992 and 2000, 500,000 Iraqi children perished from lack of food and medicines. But Madeleine Albright, former U.S. secretary of state in the Clinton administration, famously quipped that it was “worth it.”  It was worth it to Albright because sanctions were part of U.S. foreign policy to soften up Iraq in preparation for the Anglo-American invasion and occupation of 2003 which continues today.

Notably, coercive economic measures are not levelled against U.S. client states, no matter the enormity of their crimes. Israel, which turned Gaza into the world’s largest open air prison and is annexing the West Bank, and Saudi Arabia, which wages a bloody war on Yemen and murdered journalist Jamal Khashoggi, don’t worry about sanctions.

While Trudeau tries to play the competent caring leader in his daily COVID-19 press conferences, he cannot ignore the damage he is doing to the efforts to fight the novel coronavirus in 20 of the world’s poorest countries, and indeed to the global effort.

Ken Stone is a longtime peace, social justice, labour, anti-racist and environmental activist-resident in Hamilton, Ontario. He is treasurer of the Hamilton Coalition To Stop The War and Executive Member of the Syria Solidarity Movement.