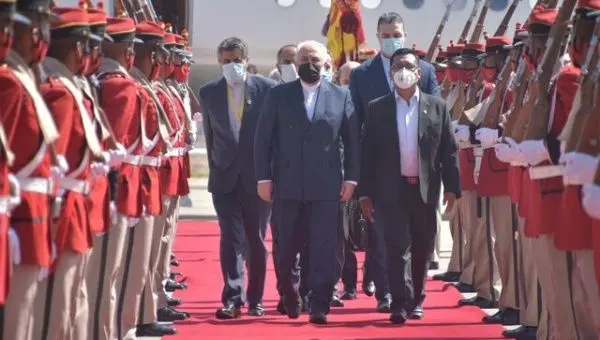 Iranian Foreign Minister Mohammad Javad Zarif arrived early Saturday afternoon after finishing up the first two legs of his Latin American diplomatic tour in Venezuela and Cuba, where he exchanged with both countries’ heads of state and other government, scientific and industry leaders.

The Venezuelan delegation, lead by Foreign Minister Jorge Arreaza, arrived in El Alto late Saturday afternoon, and was accompanied by Venezuelan media and other high-level officials.

Other delegations who will participate in the swear-in ceremony arrive on Saturday from Panama and Spain, including the King of Spain, Felipe VI, and the president of Panama, Laurentino “Nito” Cortizo.

The historic inauguration of the MAS-IPSP winning ticket—victorious in the Bolivian general election on October 18 with over 55% of the popular vote—will take place Sunday November 9 in a centuries-old traditional indigenous ceremony. While coup government Foreign Minister Karen Longaric had invited Venezuela’s self-declared president and opposition lawmaker Juan Guaidó to the inauguration, Arce and Choquehuanca similarly invited Venezuela legitimate and democratically elected President Nicolas Maduro to the inauguration ceremony, as well.

A day after the inauguration takes place on Monday November 9, former President of Bolivia Evo Morales Ayma, who was ousted in a US-backed military coup in November 2019, will return to Bolivia for the first since being forced into exile in Mexico and later Argentina over a year ago.